Chat with us to place an order now! Available Monday - Sunday | 9AM - 6PM

to 1/250s or less, difference combination of models of flash and camera using may

--- ALL Standard Hot shoe DSLR Camera except Sony and Minolta.

When it used as wireless triggering transmitter and flash testing, set to "TX";

When it used as wireless triggering receiver, using shutter release or other extended functions, set to "T RX".

set to OFF means turn off the power.

a), Wireless Remote Shutter Release ( On camera )--- You can mount one receiver into the camera and connect it with the camera via the 2.5mm shutter connecting cable, and can remote control the camera with other receiver. You can use it to fulfill the function of Auto-Focus, Continuous shooting, Long Exposure, Half-Way Pressing, Full-way Pressing and Bulb.

b), Remote Shutter Release ( off Camera )--- You can use the single receiver to fulfill the function of remote shutter release after you connect it with your camera via the 2.5mm cable

3. You can use ABOVE TWO FUNCTIONS simultaneousty

4. The RF-603 II Nik/n version and Can/n version can be used together

---and for other flashgun which has " Wake up " function

For this RF-603 II, we have four versions, different version has different shutter release cable, you can choose the related cable to fit for your camera. 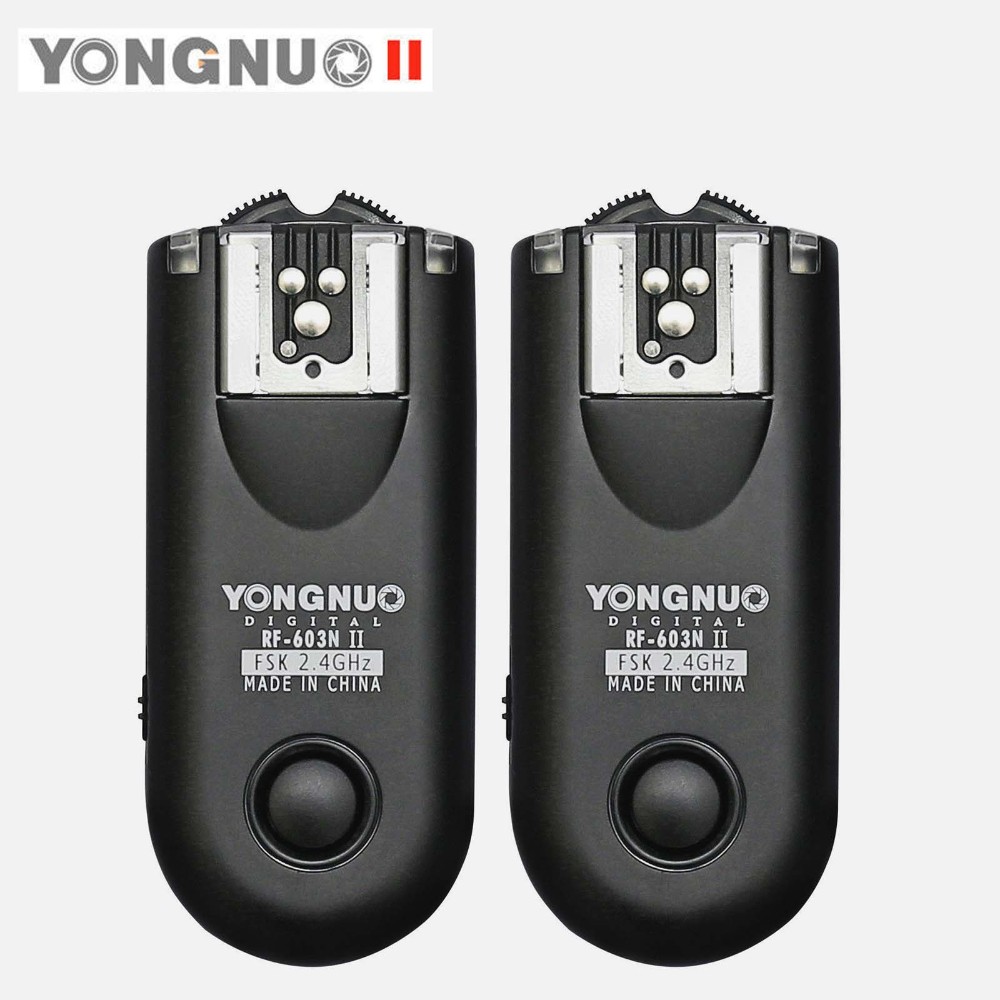 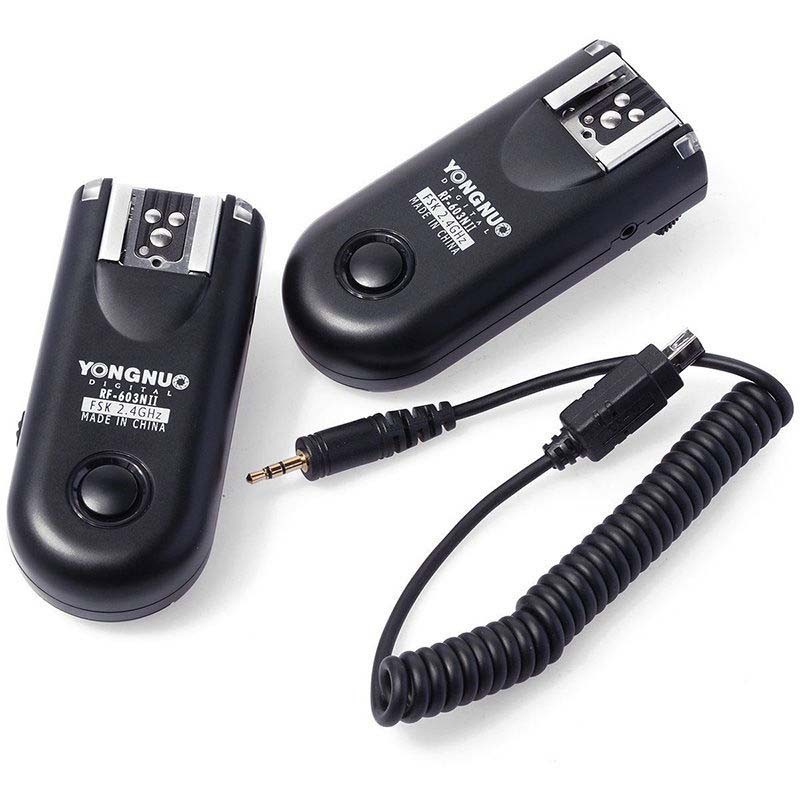 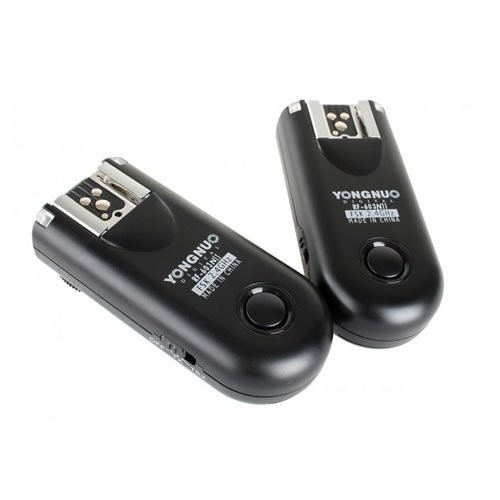 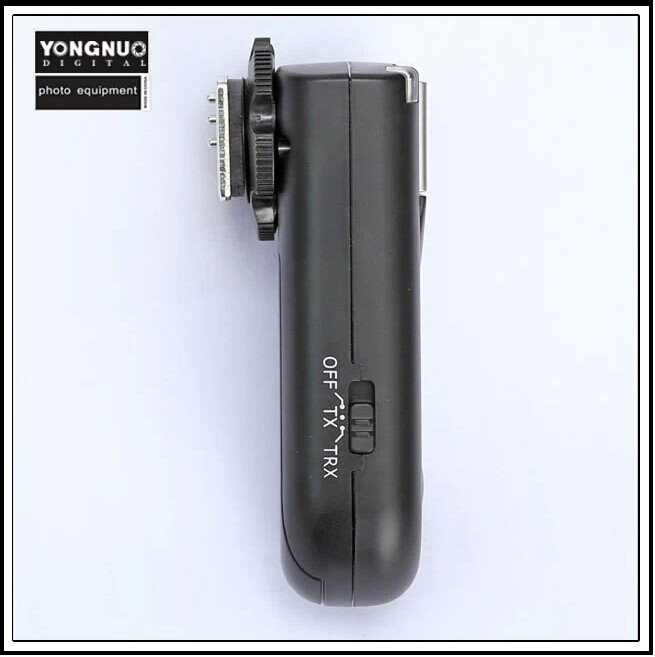 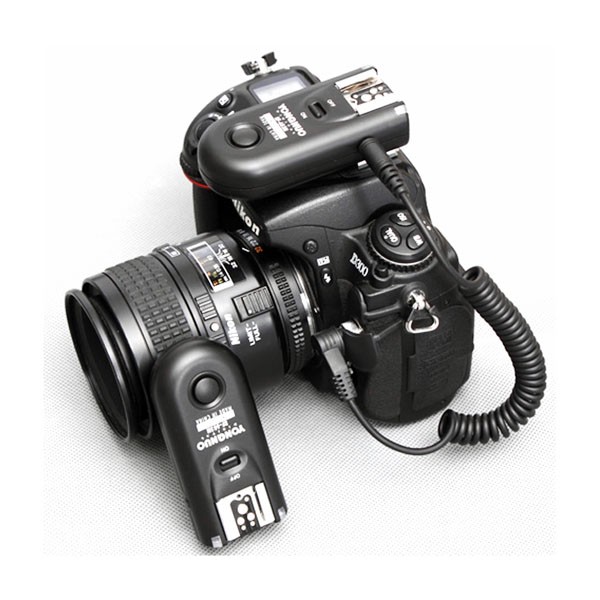 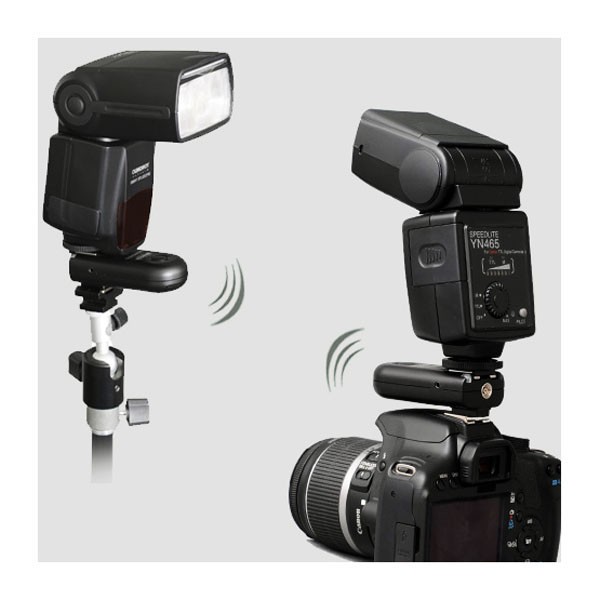 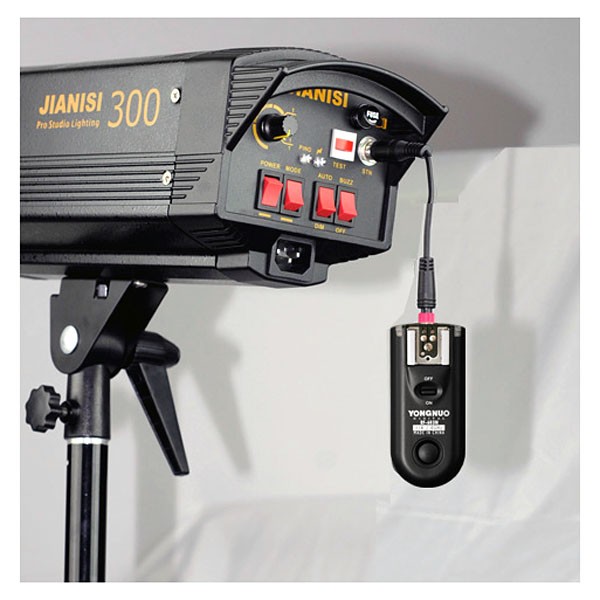